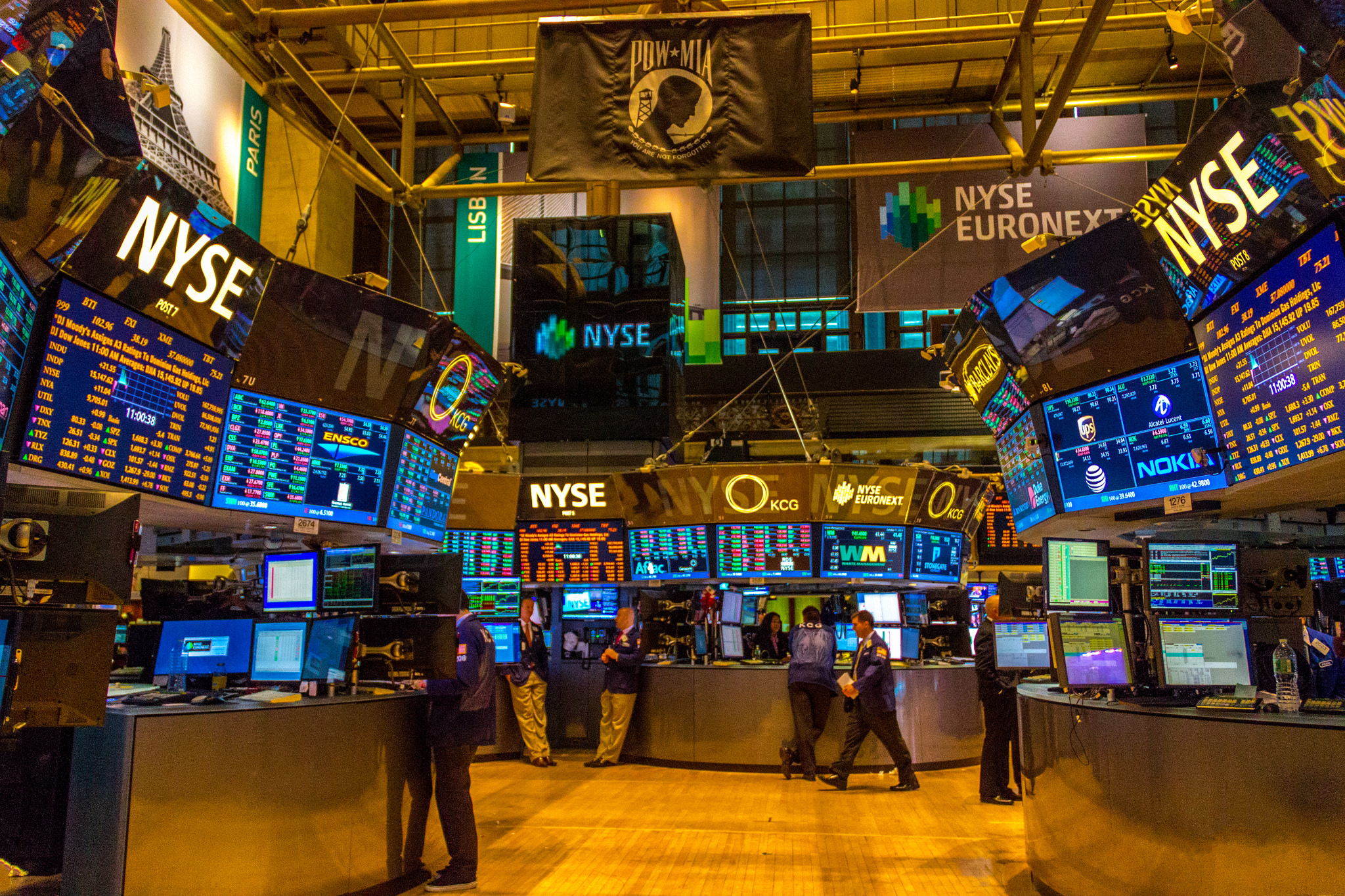 Investors at NYSE and in general had more international companies to pick and choose in 2015 than the year before. PHOTO: Pete Nunnery/Flickr

The three indexes had swung between losses and gains throughout the day. The fluctuations reflected investors “trying to step back for a bit and deciding what they’re going to do next,” said Ron Temple, managing director and co-head of Multi-Asset and Head of US Equity at Lazard Asset Management.

Thursday’s gains came as stocks tried to break a three-week losing streak fueled by concerns that rate hikes could lead to recessions in some of the largest economies, where growth has already sputtered over the past year.

Fed Chairman Jay Powell upheld a hawkish stance at a Q&A session at the Cato Institute earlier Thursday, fanning concerns that the central bank will hike interest rates by more than expected later this month.

“History cautions strongly against prematurely loosening policy,” Powell said. “I can assure you that my colleagues and I are strongly committed to this project and we will keep at it until the job is done.”

The Fed is now expected to raise interest rates by three-quarters of a percentage point at its two-day policy meeting that begins Sept. 20, rather than the half percentage point increase that markets had priced in. Futures traders see an 86% chance of a hike of that size, according to data from CME Group, compared with a 68% probability a month earlier.

“The messaging has still been that the Fed is not friendly to the market, nor is the trend, and so the day to day action indicates a market that is uncertain,” said Carl Ludwigson, managing director at Bel Air Investments. “The history of the Fed engineering a soft landing is checkered at best.”

Adding to concerns, the European Central Bank raised its benchmark interest rate earlier on Thursday by an unprecedented 0.75 points. The central bank also said it would pursue additional hikes throughout the rest of the year, even as the bloc faces a likely recession.

Elsewhere on Thursday, the health care sector helped to lift the US market higher after Regeneron Pharmaceuticals announced positive trial results for an anti-blindness drug it developed with Bayer. Shares of the company jumped by more than 18%, while Moderna rose 4.7%.

Communication services providers and consumer staples companies, on the other hand, were among the biggest losers. McCormick & Co. shed 6.7% after it pre-announced third-quarter earnings that fell short of analyst expectations. Kraft shares declined 3%.

On the commodities front, oil prices rebounded from a seven-month low after Russia threatened to retaliate against price caps on Russian energy by halting shipments to some buyers.

Brent crude, the international benchmark, settled up more than 0.5% at around $88 a barrel. West Texas Intermediate rose nearly 1% to $82 a barrel. Both had shed about 5% on Wednesday to close at their weakest levels since Russia invaded Ukraine in February.

Bond yields were higher, and the dollar rose against the Japanese yen.