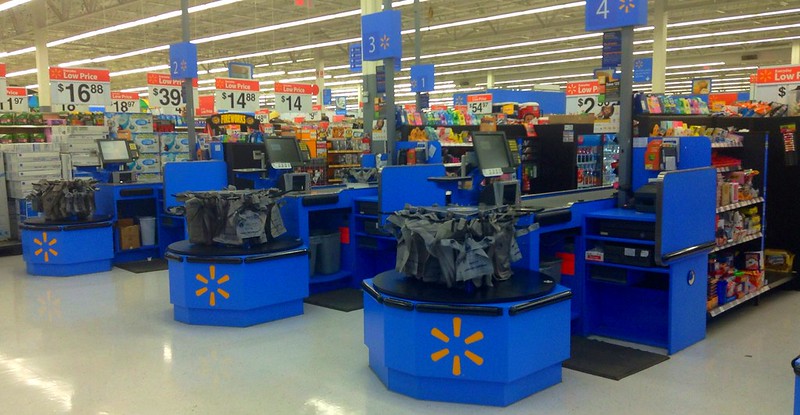 Discount retailers have outperformed a declining stock market, as inflation fatigued consumers chase cheap goods and spend down pandemic era savings. But continued interest rate hikes could push the economy into a recession.

While The S&P 500 Index has plunged 18.73% since the start of the year, Dollar General (DG) and Dollar Tree (DLTR)  have gained 3.38% and 1% respectively.  The stocks could become even more popular with investors, as inflation weary customers pad discount merchants’ bottom lines.

“These companies that have a higher percent of revenue from more need based [goods], than discretionary, are holding up a lot better because the market’s been concerned about a recession,” said Brian Yarbrough, a senior analyst at Edward Jones.

Earlier in the spring, dollar stores, like most retail stocks, took a big hit as poor earnings reports induced a sell off. Items delayed by disrupted supply chains were no longer in demand, leading to excess inventory, which meant companies had to markdown prices on discretionary items, impacting profits.

Large retailers were especially hit by inventory overhang and their stocks saw the steepest declines this year. Target’s stock price has dropped 24.97%.

“Target and Walmart for the most part maybe miscalled the trends in consumer spending. That happens,” said Feinseth, senior partner, chief investment officer and director of research at Tigress Financial Partners.

Yarbrough says the success of dollar stores is rooted in a business model that places heavy emphasis on revenue from food and consumables. He notes that 80% of Dollar General’s business is considered consumable, while a company like Target sees less than 20% of their revenue from groceries.

“The $1 price point was one of, if not, the fastest-growing subcategory we had here at Dollar General in Q2,” said Dollar General CEO Ted Vasso during an August 25th earnings call. Vasso noted that the typical Dollar General customer is also shopping much closer to need.

“We’re seeing that it is so much more important for her today than ever before to be able to feed her family toward the end of the month,” said Vasso

Dollar General sales were up 4.6% for Q2 with perishables leading the way and Dollar Tree saw sales increase 6.7% for Q2.

Elliot Carter is one small investor who sees value in Dollar Tree, even if the short term trend looks choppy for stocks. The 30 year old Pennsylvania resident, who is a full time web developer, trades options in his spare time. Last week, he bought put options for Dollar Tree with a strike price of $130.

He likes Dollar Tree’s model of limiting employees per store and the company’s ubiquity throughout the country. Carter believes it’s a strong long term investment but that the near term outlook is uncertain.

Fears of a recession have loomed over the stock market in 2022, as investors worry interest rate hikes could cool demand and tank the economy. These fears were furthered last week, when a fresh CPI report showed that prices increased 8.3% in August. A factor that would encourage the Federal Reserve to continue its campaign of raising interest rates.

But analysts say consumer spending in the retail sector is still robust and not indicative of a demand drop off for goods. And that hurdles businesses faced earlier in the year were not reflective of underlying economic flaws, but misreads in changing consumer behavior. The public has money to spend, they are just shifting how they are spending it–moving away from discretionary items to daily needs.

Pandemic era policies from stimulus checks, to student loan cancellations have left the public relatively flush. At the start of 2022, the bank balances of the bottom 25% of U.S. income earners was 69% higher than it was in 2019. And recent numbers from the August Beige Book found consumer spending holding steady, even increasing for leisure.

“The consumer is still strong,” said Ivan Feinseth, senior partner, chief investment officer and director of research at Tigress Financial Partners. “Consumers still have for the most part  higher levels of savings than before the pandemic and higher levels of credit card availability.”

While consumer demand has thus far been resilient in the face of interest rate hikes, there is a risk that prolonged action by the Federal Reserve will begin to interfere with the broader economy. It remains unclear whether the central bank can both tame inflation and engineer a “soft landing” from their monetary tightening. That question has been driving much of the market’s volatility this year.