Despite a Booming Summer, Travel Stocks Remain Weak in a Shaky Economy 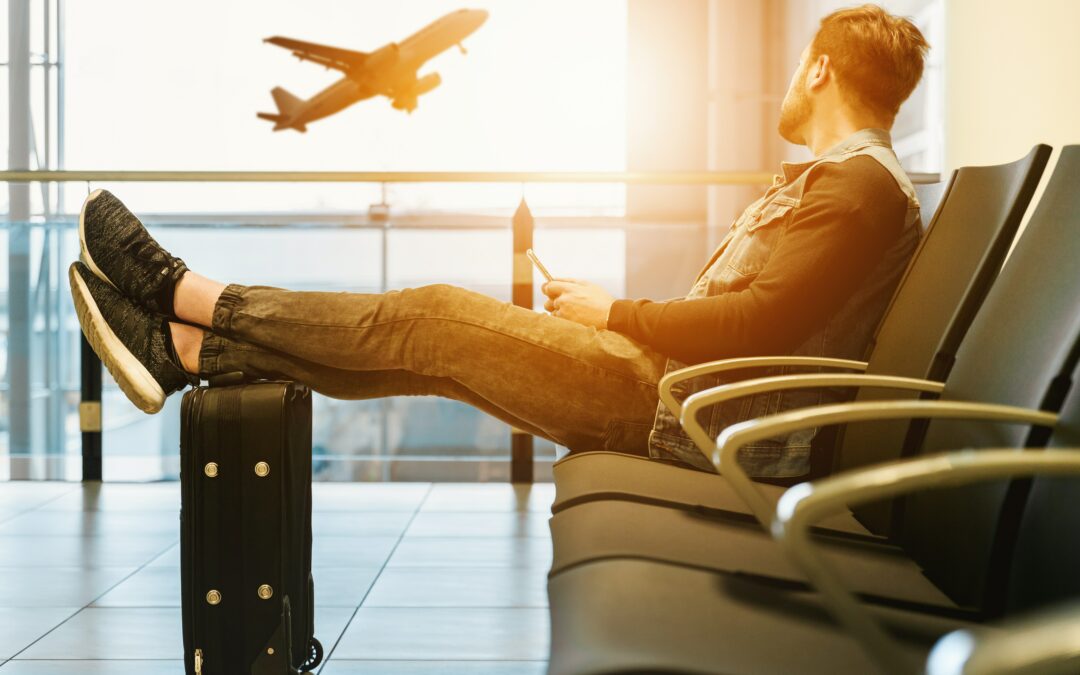 Other parts of the industry are also dragging. Carnival Cruise Lines finished Friday at $10.76 dropping 46% this year. Delta Airlines ended at $32.11 sinking 18%.

With the exception of Delta, all have fallen more than their benchmarks with the S&P 500, as of Friday, down 18% and Nasdaq off 26% since the start of January.

Travel stocks are now hostage to the economy as analysts anticipate that an economic downturn will sharply cut into trip spending. The stocks are unlikely to collectively climb until investors are convinced that chances of a downturn are dim and that rising prices won’t zap consumers of discretionary spending.

The travel industry came to a screeching halt in March 2020 as stay-at-home orders and lockdowns were issued around the world. Roughly 62 million travel jobs were lost in 2020, according to Statista. Airbnb suffered a 72% loss in bookings revenue that year from 2019, as stated in its IPO filing with the SEC.

A hope for rebound in 2021 based on the availability of vaccines fizzled. As the Delta variant emerged and international travel restrictions remained, the industry continued to sputter.

Business eventually turned a corner in 2022 in the wake of fewer Covid-related hospitalizations and the public’s waning patience with the virus. The U.S. Travel Association reported that travel spending was approximately at 2019 levels in July.

Ivan Feinseth, Senior Partner, Chief Investment Officer and Director of Research at Tigress, said that “travel demand is there,” noting that cruises began to rebound and Disney theme parks boomed. “Even in the summer when gas was high, people still went on trips,” he said.

Cruise and Disney stocks moved up with the market mid summer when analysts thought the Federal Reserve would ease interest rates. They’ve since come down.

Now investors are grounding the stocks as consumers trim travel plans. Over half of the analysts surveyed by Bloomberg on Airbnb are either neutral or negative on the stock.

The share of U.S. adults who say they plan to travel domestically in the next year declined nine percentage points in July from January 2021, according to a recent report by Morning Consult, a research technology firm, that surveyed 16,000 adults around the world.

“So inflation and worries of a potential coming recession are causing people to tighten the purse strings when it comes to travel a bit,” said Lindsey Roeschke, Morning Consult travel and hospitality analyst, during an appearance on Yahoo Finance Live.

Rising costs may cause Americans to further rethink spending. The latest consumer price index report, an indicator of inflation, revealed that prices climbed 0.1% in August from the previous month and 8.3% from one year ago. The report sent markets into a tailspin as analysts reacted to the likelihood that the Federal Reserve will aggressively raise interest rates at its forthcoming September meeting.

The one stock winning converts is Airbnb. Wasiolek, the Morningstar analyst, thinks alternative accommodation companies like Airbnb and its rival VRBO, which is owned by Expedia, have a unique edge in the sector even in a market downturn.

“That’s been a relatively strong area of travel,” he said. “It led the recovery during the pandemic when people were looking for ways to travel but do it with social distancing and also [it’s] where you can kind of comfortably do remote working. And Airbnb clearly is the leader there.”

Scott Hubbard, a clerk at the Department of Motor Vehicles in California, purchased Airbnb stock in early 2021 shortly after the company went public. He started using Airbnb because he was sick of hotels and preferred a “homey feel.”

The retail investor, who has stayed in more than 25 Airbnb rentals on four continents, also thinks the company has a lot of room for growth, which is largely why he’s continuing to hold onto his shares. He also doesn’t want to take a loss. Hubbard said he’s down $50,000 in equity but is recouping some of his equity drawdown by selling call options.

“In my wildest imagination, Airbnb is a lot more than just vacation rentals,” said Hubbard. It can move into commercial space . . . . In terms of real estate, I think Airbnb, maybe, has not reached its full potential yet.”

Yet, the question remains whether macro economic forces may thwart the stock’s growth. If inflation eats away at would-be travelers’ savings and income, the answer will likely be yes.