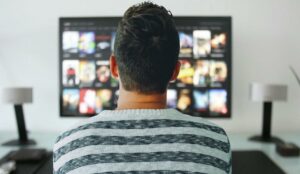 Fox Corporation is launching a new sales unit responsible for distributing its entertainment programming internationally in a bid to reach millions more global customers for its original shows.

Fernando Szew, who runs Fox division MarVista Entertainment, was tapped as the first chief executive officer of Fox Entertainment Global, and will spearhead the international launches of animated shows like Krapopolis from Rick and Morty creator Dan Harmon and Grimsburg, starring Emmy award-winner Jon Hamm. Based in Los Angeles, Fox Entertainment Global will formally debut at MIPCOM, an annual trade show held in France in mid-October, the company said Tuesday in a press release.

Fox Entertainment did not respond to requests for comment on which international markets would be targeted and on what timeline, and how the strategy behind Fox Entertainment Global differs from the company’s current goals.

Fox Entertainment is joining a growing cadre of U.S.-based streaming and entertainment services who have expanded into global markets in recent years, like Netflix, two-thirds of whose subscribers live outside the U.S. and Canada.

“Fox’s entertainment production efforts obviously have been severely curtailed because they sold the studio to Disney,” said Doug Arthur, managing director at Huber Research Partners, LLC. “They’re sort of cobbling things together, trying to recreate some original production capabilities through the acquisition of Bento Box.”

Fox is seeking additional revenue streams amid concerns about cord-cutting. Affiliate fee revenue—the main way Fox makes money—grew by 7% in television markets this fiscal year in a bounce-back from years of pandemic disruptions to sports programming. But the company lost 4 million subscribers for its combined news and sports programming from last year.

Subscription declines “are expected to continue and possibly accelerate in the future,” Fox warned in its 2022 annual report. Fewer subscribers would mean lowered affiliate fees, and in turn, fewer ad dollars.

Research by Craig Moffett and Michael Nathanson of MoffettNathanson LLC shows pay television channel subscriptions are shrinking by more than 6% per year. If a recession hits, Americans may cancel TV subscriptions to cut costs.

“To the extent that you see ad dollars shift away from linear—and if that legacy ecosystem is shrinking faster than expected—there is not much Fox could do to mitigate those pressures,” said Kutgun Maral, equity research analyst at RBC Markets.