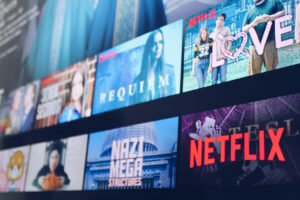 Netflix’s launch of a lower-cost, ad-supported tier could recapture as many as 10 million users and $1to $2 billion in incremental revenue by 2024, per an Evercore analysis.

As inflation is rising and users are experiencing higher price sensitivity, a cheaper subscription offering could motivate prospective subscribers to try the platform and encourage lapsed subscribers to return. According to Evercore’s survey, around 20% of churned subscribers are likely to resubscribe to Netflix at a lower price.

In the past months, the streaming giant’s subscriber base has faltered, losing over one million subscribers in the first two quarters of 2022 over price increases and growing dissatisfaction with content. “The Great Netflix Correction,” as Hollywood has been referring to the phenomenon, has also raised alarms about the state of the streaming business model and the future of at-home entertainment.

Since the beginning of the year, Netflix’s stock is down 62%, underperforming among its core competitors in the streaming and entertainment industries, and well below the S&P 500, which has since fallen 24%. Disney and Paramount shares have also taken a tumble, both down 40% year-to-date.

“[Subscriber loss] destroyed the confidence of the investors who thought that Netflix would just keep chugging along and adding subscribers every year,” Michael Pachter, Managing Director of Equity Research at Wedbush Securities said. “The market underestimated the effect of competition and competition hit them on a couple of fronts.”

Netflix’s steep competition is coming from services including HBO Max, Disney+, Paramount+, and Hulu, which have been attracting users through subscription bundling options, offered at a variety of price points, as well as access to their vast content libraries, spanning decades. Disney+ is also expected to launch their ad supported tier on December 8th.

But the announcement of a cheaper, ad-supported subscription option is restoring investors’ faith in Netflix’s ability to regain ground in the competitive streaming market by absorbing lapsed subscribers and widening their addressable market.

Investors have responded positively to the prospective launch of the company’s new subscription offering. Netflix’s share price closed at $224.75 on Friday, up from its $166.37 low earlier this year.

“The ad supported tier has been the number one focus recently for investors on the positive side,” said Craig Huber, founder of Huber Research Partner, an equity research firm.

Even amid rising prices, a volatile market, and diversified options in the streaming universe, Netflix continues to have strong competitive advantages: a large subscriber base, brand recognition among consumers, and reliably good content.

“[Netflix] invented the genre of streaming video,” Mr. Pachter said, “ The first subscription everybody gets when they are on their own is Netflix, because we all know, Netflix, and we’ve all been watching it for 10 years.”

Netflix’s ad supported tier is due to launch as early as November, according to industry sources.