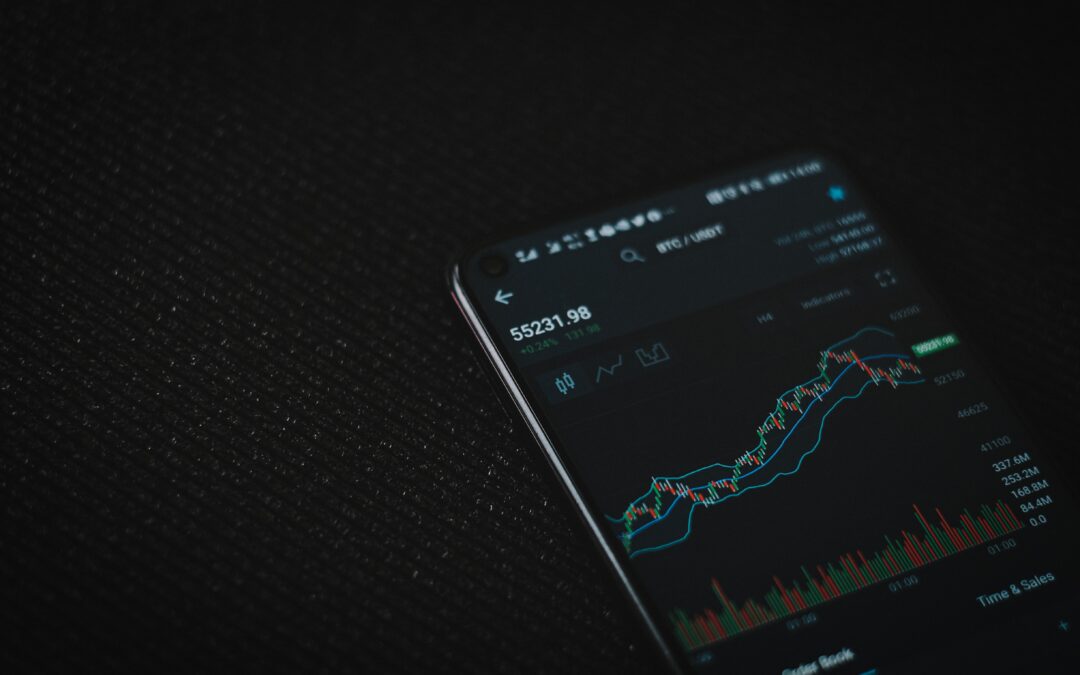 A steep decline in cryptocurrency trading has plunged Coinbase Global Inc. (COIN) toward deep losses and analysts say there’s no easy fix to lift the company out of the red.
Analysts have slashed their estimates for the crypto exchange just days before the company’s third-quarter earnings release, due Nov. 3. Wall Street forecasts Coinbase will report a loss of $2.4 billion, or $2.37 a share, for the quarter ended in September, roughly double the company’s $1.1 billion net losses in the second quarter. Coinbase’s current performance is a big departure from the company’s performance in the year-ago quarter, when the company reported $406 million in net profit.
Meanwhile, analysts expect revenue to come in at $659.9 million, compared to $808 million in the second quarter and $1.3 billion in the same quarter last year.
Investment bank Needham also forecasts trading volumes at the exchange will have fallen to $160 billion in the third quarter, down steeply from $215 billion in the previous quarter. Coinbase, which collects a small commission for each trade it processes, has historically relied on retail trading activity to drive revenue. A nosedive in crypto currency prices in recent months has spooked many of the exchange’s inexperienced investors, hampering the primary driver of Coinbase’s earnings and prompting the company to re-evaluate its core business model.
Dan Dolev, a senior equity analyst at Mizuho, says the crypto-curious, people with very little knowledge of cryptocurrencies who trade relatively small amounts of crypto for fun and make few transactions per year, comprise the large majority of Coinbase’s users. 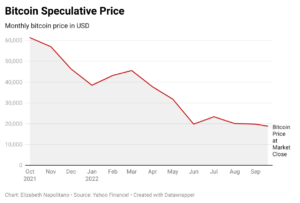 The price of bitcoin (BTC) has fallen since the spring.

And it’s those users who have been most reluctant to trade in the current macroeconomic climate.
“Those casual investors leave the [exchange] platforms when [crypto] prices are low,” said Dolev.
Coinbase Chief Executive Officer Brian Armstrong reassured investors that the company could turn the tide on its poor performance, however. The company is planning to diversify its revenue streams to insulate itself from the effects of trading activity declines in the future by pioneering new services like Coinbase Pro, a monthly subscription service for premium retail users, Coinbase Cloud (an Amazon Web Services (AWS)-like developer platform for crypto products) and new lending and direct deposit options.
“We don’t control the macroeconomic factors or downturn,” said Armstrong. “[But] we can focus on building great products for our customers [and] on staying on the forefront of crypto technology.”
But investors seem largely unconvinced the company can weather a tidal wave of macroeconomic challenges. Coinbase stock was down on Friday, trading at $72 at the closing bell, down about 80% a year ago. Meanwhile, the S&P 500 has fallen 18.67% since last year.
Still, some on Wall Street believe the broker and trading platform can surmount its current financial hardships by capitalizing on a joint-venture it pioneered with a prominent stablecoin issuer, which “mints” stablecoins in exchange for fiat currency from investors.
That’s because a growing number of crypto holders appear to be opting to purchase stablecoins like USD Coin (USDC), which are pegged to the U.S. dollar and therefore perceived as less volatile digital assets. In 2018, Coinbase forged a revenue sharing agreement with payments technology company Circle, the issuer of USDC, which allows Coinbase to profit off its users’ stablecoin purchases by collecting the net interest income yielded by the short-term Treasuries that back USD Coin.
Chris Brendler, a senior equity analyst at D.A. Davidson Cos. says Coinbase’s partnership with Circle will be one of the company’s best bets to pump up profits in the near term as the company focuses on building out new businesses to generate greater income.
“The biggest advantage for Coinbase right now in the near-term is rising interest rates,” said Brendler. “Coinbase is partnering with Circle, one of the largest stable coins in the world, and Coinbase gets 30% of the interest income. Our forecast suggests that that’s going to be much, much higher than the market realizes.”
Still, analysts say a slowdown in Coinbase’s core trading business could mean alternative revenue streams may not be entirely able to help Coinbase completely claw its way back from several back-to-back quarters of reported losses.