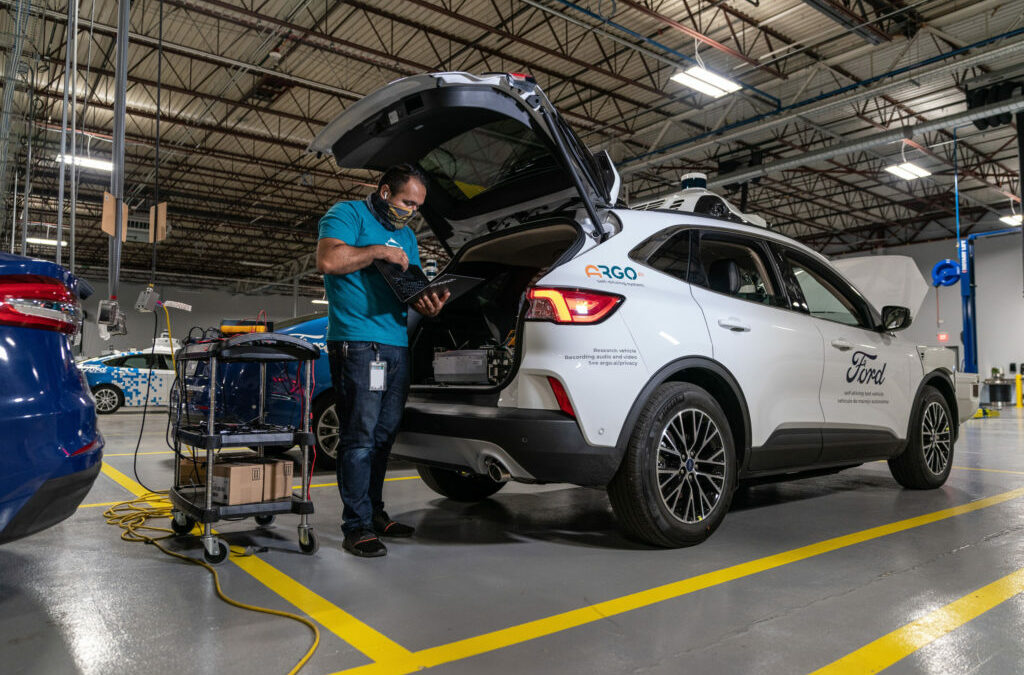 Ford Motor Co. has spent half a decade investing in autonomous vehicles but on Wednesday it announced plans to shut down Argo AI, its joint partnership with Volkswagen. The company will refocus its resources on accelerating the development of electric cars.

Argo began in 2017 with a $1 billion investment and the backing of Ford and Volkswagen—who co-owned the company. The funding came at a time when automakers were touting the ability of self-driving technology to transform the car industry. But most large scale self driving investments haven’t paid off.  And Ford is joining other major businesses like Uber, who have abandoned dreams of driverless cars.

“We’ve decided to wind down the Argo business,” said Ford CEO Jim Farley on the earnings call. “It’s estimated that more than a hundred billion has been invested in the promise of level four autonomy, and yet no one has a profitable business model at scale.”

This spring, Farley led a major reorganization of Ford, splitting the company into three divisions–Ford Blue, Ford E and Ford Pro. Ford E will be exclusively focused on scaling electric vehicles. The Argo announcement underscored Ford’s faith in this strategy with the company shedding commitments that didn’t promote an electric future.

“We’re on track to reach our annual production rate of 600,000 EVs by the end of next year and 2 million by 2026. I’ll say that carefully. There is no change to our target. We’re adding shifts to the Mustang Mach-E and F–150 Lightning as we speak,” said Farley on Wednesday’s earnings call.

Ford’s closing of Argo, led to a $2.7 billion impairment and was the main driver of the automaker’s $827 million net loss for this quarter. The company also struggled with supply issues which increased costs by $1 billion. But domestic car sales increased 16% compared to this time last year to about 460,000 vehicles–numbers investors were watching as an indicator of an economic downturn.

Ford delivered $39.4 in revenue slightly higher than analysts projection of $37.5 billion. The company’s stock has seen a 37% decrease this year compared to 20% for the S&P 500.

Despite Ford’s stumbling with Argo, investors found silver linings in the earnings report.

“They’re investing in this transition to electrification,” said Ivan Feinseth. [It’s] difficult dealing with the supply chain environment, trying to get the cars out that they have. But it’s about the future,” senior partner, chief investment officer and director of research at Tigress Financial Partners.

Analysts also emphasized the Detroit automakers long history in the business–an advantage over newer and less tested rivals like Tesla.

“They produced two really competitive electric vehicles. And do I think they can scale up? Do I have more faith in them to scale up than Tesla? Yes. Cause they’ve scaled up before,” said David Trainer, founder and CEO of New Constructs, an investment research firm.

For his part, Farley doubled down on his restructuring during Wednesday’s earning call.