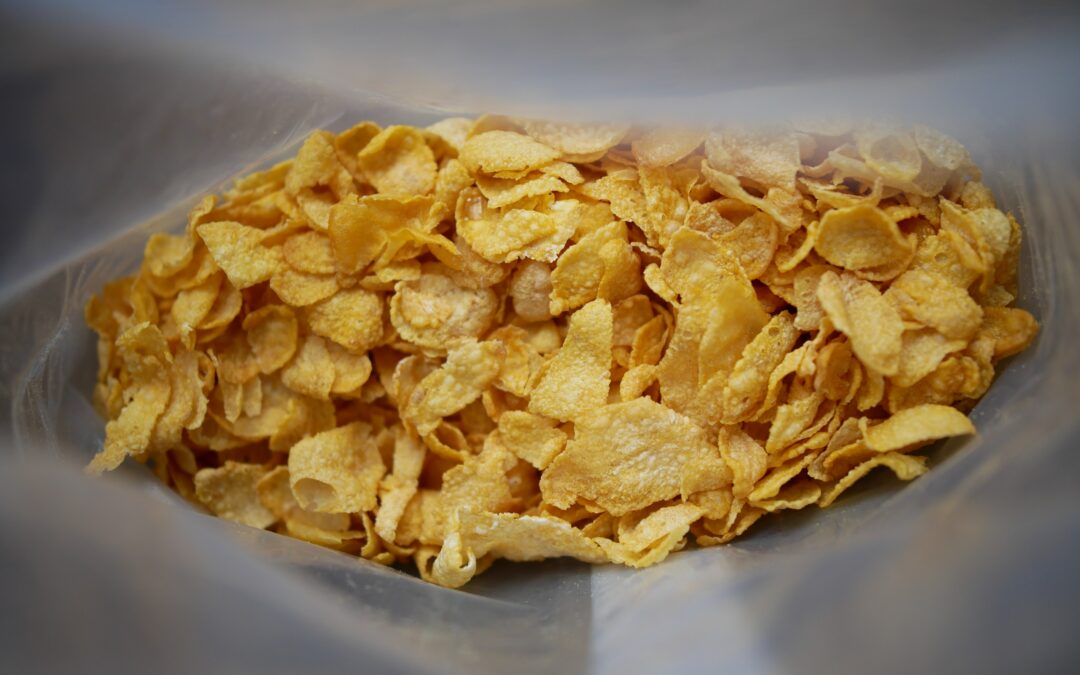 The cereal giant – which is scheduled to release its results next Thursday – previously recorded an impressive Q2 last year, exceeding analyst expectations by 2.8%. Analysts expect the company to report a profit of $334 million, a 9.5% increase from the same quarter the previous year. Shares of Kellogg are up 18% for the year compared to the S&P 500, which is down 21.1% for the year.

Analysts will be looking closely at the company’s sales volume performance to see if inflated prices will be what drives sales similar to other players in the food industry, such as Kraft Heinz.

“The broader space major topics are going to be surrounding inflation and the extent to which cost pressures are persisting and the receptivity of consumers to the price increases that have already been put through,” said Erin Lash,  director of consumer sector equity research at Morningstar.

The company previously passed on double-digit price increases onto consumers in its previous quarter, yet sales volume only slipped 1.5%. Sales volume will largely determine how many of the company’s consumers are willing to pay for increased prices and how many have been trading down from its brands to more affordable options. 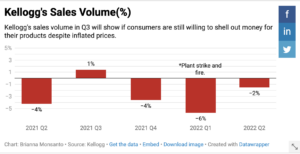 Investors and analysts will also be looking to see how the company is recovering from previous disruptions. All eyes will be on Morningstar to see if the brand has moved past supply problems experienced at its co-manufacturing facility. The disruptions caused the plant-based brand’s net sales to be down 10% last quarter.

“I’m guessing it’s going to be less of a headwind than we have seen in prior quarters,” said Brittany Quatrochi, an equity research analyst at Edward Jones. “It’s just going to continue to continue to get a little bit incrementally better.”

Analysts will also be looking closely at North American cereal sales to see if the company has fully bounced back from plant fires and strikes that occurred in 2021.

Kellogg is expected to report revenue of $3.7 billion, a 2.6% decrease from the same quarter a year ago, as the company grapples with the inflated cost of doing business.

“The cost of doing business is higher,” said Quatrochi. “So even if say there aren't supply chain disruptions, they are paying more to ensure these disruptions aren't happening. The input costs on a number of ingredients are up, distribution costs are up, transportation costs are up.”

Investors should listen in on Thursday’s earnings call for any new information regarding the progress of the company’s previously announced split. The company announced its Morningstar brand, its snacks and its cereal will comprise three separate companies by the end of 2023. Investors should keep an eye on the performance of these groups in the upcoming quarters as the company prepares for these changes.