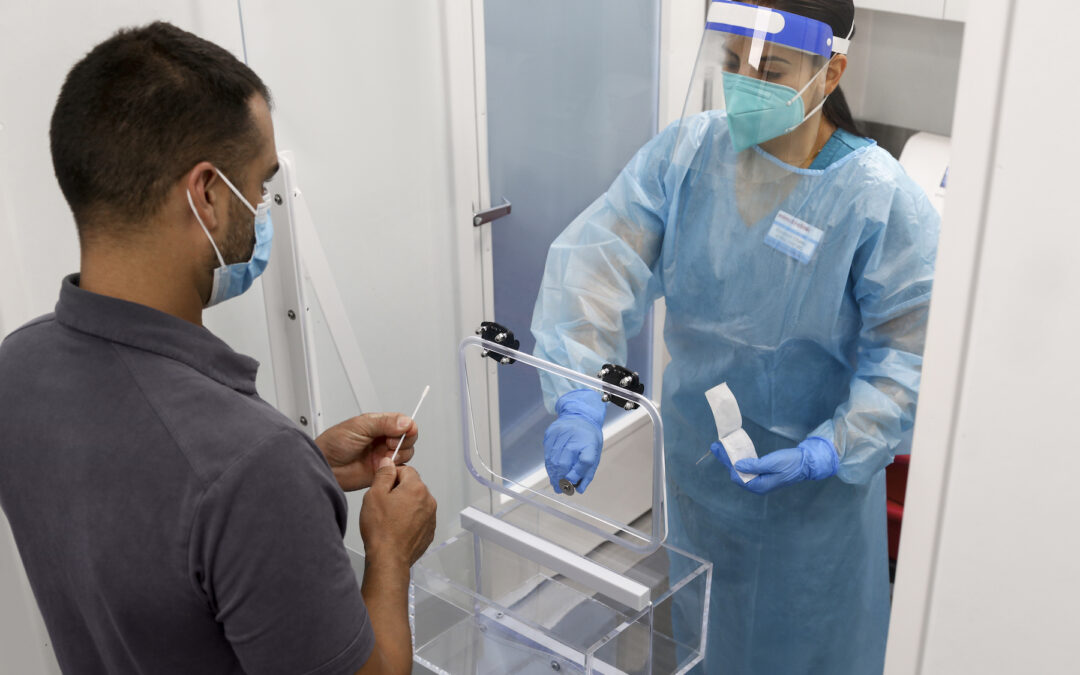 Ahead of CVS’s third quarter earnings release on Wednesday, experts predict the health giant’s positive trends will continue in the short run: sizable profits and revenues thanks to lucrative pharmacy benefit management contracts and strong demand for health care services since the pandemic. But analysts are watching closely for how the company will respond to major recent hiccups that could threaten profits longer term.

The company is expected to post earnings per share of 1.70, a significant rise from its EPS of 1.21 a year ago. Analysts estimate a quarterly profit of $2.6 billion and revenues of $76.8 which would build on a lucrative second quarter earlier this year, when the company raised its full-year projections.

“We’re not expecting too many surprises in the quarter,” said John Boylan, senior equity analyst at Edward Jones. “The eyes right now are really on strategy for 2023 and beyond.”

Analysts say CVS’s so-called three-legged stool strategy for revenues, one implemented in 2018 after it acquired insurer Aetna, is working: pharmacy benefits management represents nearly half of sales, while insurance premiums and sales from pharmacies and retail stores each make up about a quarter. Those channels are expected to grow, but beyond this quarter, investors will be closely following how executives respond to recent shake ups that threaten at least one leg of the stool.

Earlier this month, a ratings agency announced that the quality of CVS’s Medicare Advantage plans, which serve 1.9 million Americans, had dropped from a 4.5-star to a 3.5-star rating. That means the company will no longer receive the performance-based bonus payments from the government beginning in 2024. More than 20% of enrollees are expected to drop from the plans.

Shortly after, the company received another ding when its pharmacy benefits management company Caremark lost a significant contract to competitor Centene.

“These could have big impacts on growth,” said Boylan. “But there are ways for CVS to potentially offset that, because they’re a diversified business.”

CVS shares tumbled 10% on Oct. 7 when news broke about the downgrading of its Medicare Advantage programs, and 3% on Oct. 25 in reaction to the loss of the PBM contract. The stock closed Friday at $94.19, down 9.6% for the year, while the leading health care ETF, SPDR XLV, is down just 5.5%. While it has soared above its pharmacy competitor Walgreens, which is down 28% for the year, CVS's stock performance has remained stubbornly lower than its insurer competitors this year like UnitedHealth, up 8.2%, and Cigna, up 39.3%.

But analysts say certain tailwinds might lead to even stronger profits in the company's earnings next week. The FDA's authorization in late August of a new COVID-19 variant vaccine is expected to have boosted revenues for CVS. The company's retail strategy has also kept it buffeted against budget-conscious consumers wrestling with prolonged and elevated levels of inflation.

"More of the products that CVS sells are consumer staples, so we should see less macro impact on that," said Elizabeth Anderson, research analyst at Evercore ISI. The company has also added more private label products to its stores, which can allow for lower prices and higher margins, said Anderson.

Looking ahead, analysts say executives will have their hands full with the ongoing acquisition of Signify Health, which is currently under review by the Department of Justice, as well as other acquisitions and stock buybacks fueled from a growing pile of cash on hand. The long term challenge is to bring those efforts together into a horizontally integrated business model that can serve each of its components.

"They have the three legs of the stool. We see them eventually becoming part of a health care service ecosystem," said Boylan.