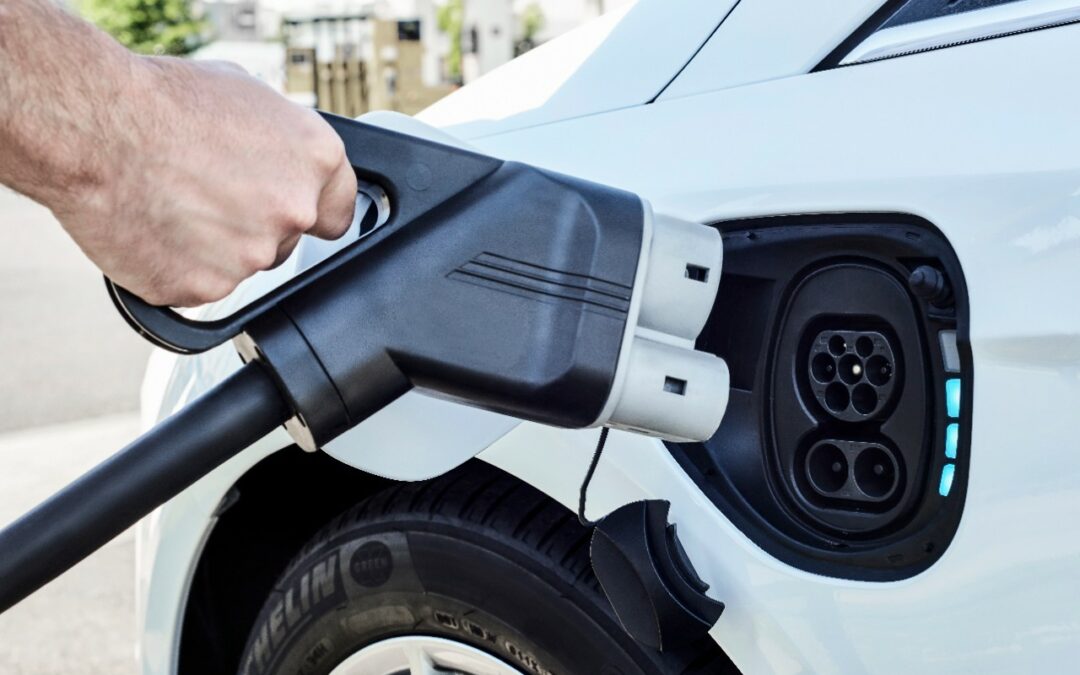 Jason Gonzalez waited six months for his new Ford Mustang Mach-E to arrive but it wasn’t the wait that bothered him most.

The Orlando, Fla. resident already owned a Tesla but was attracted to the Mach-E due to its look and size. He even qualified for a $7500 tax credit. The problem: acceleration issues, glitchy software and a lack of chargers.

While out of town, Gonzalez called a Ford dealer to locate a charging station, and was directed to a nearby Wawa. There was just one hiccup—only Tesla charging facilities were available. That trip was the final nail in the coffin for Gonzalez.  After just three months with the Mach-E, Gonzalez switched  back to a Tesla.

“In all, both vehicles are great but I can really say that Tesla is far ahead in the EV race.  Problem with Ford is the markups, delays, software development,” said Gonzalez.

Gonzalez’s story exemplifies the dilemma facing Ford as it sets aggressive electric vehicle goals and shifts its business model away from gas powered cars.  Earlier this year the company committed to producing 2 million electric vehicles by 2026 and having half of global sales be electric by 2030. To achieve this goal the company must quickly scale up production, confront supply chain woes and grow a limited electric charging network.

In March, Ford CEO Jim Farley committed to an ambitious reorganization of the legacy automaker. Farley split the company into three divisions–Ford Blue, Ford E and Ford Pro. Ford E will be exclusively focused on scaling electric vehicles.  “We’re reshaping virtually every aspect of the way we’ve done business for a century,” Farley said during a June earnings call.

But recent sales numbers show how steep the climb may be to achieve Farley’s vision. Through September of this year, Ford has sold 42,000 electric vehicles while Tesla delivered 131,000 cars in the third quarter alone. According to quarterly figures from the Kelley Blue Book, Tesla has captured about 64% of the domestic electric car market versus Ford with 9%.

Today electric vehicles represent about 5.6% of the car market, a growing but still small share of car purchases. While Ford officials have remained bullish on their electric investments, the company has watched profits diminish dramatically in 2022.

During this last quarter, Ford reported a net loss of $827 million—partially attributed to increased  supply costs. The company’s yearly profit is projected to decline to $7.9 billion. This compares to $17.93 billion in profit and $136.34 billion of revenue during 2021.

In 2023 Ford’s net income is projected to be $6.8 billion against $152 billion in revenue. Ford’s profits may be further squeezed as electric cars become a bigger portion of its car fleet.   Costs for the Ford Mach-E have increased by $25,000 this year and as of June the model is no longer profitable, largely due to the rising cost of lithium and chip parts.

As the price of lithium rises —the key mineral needed to make EV batteries–electric vehicles become that much more expensive to build. According to a report from Chemical and Engineering News, over the past year, the contract price for lithium has doubled to $25,000 per metric ton. South Korean manufacturers, who produce Ford’s batteries, expect costs to soar 30% to 40%.

Sixty-percent of the world’s lithium is processed in China, exposing Ford to unstable supply networks. Many automakers’ advanced chip parts also come from overseas. The federal government has taken action recently to help ease China’s dominance in the raw materials market but it will be years before those efforts pay off. 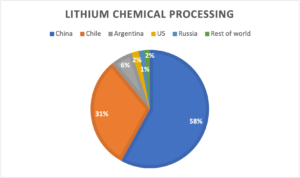 “The supply chain is one of these things that is going to be an issue that American auto manufacturers, if they don’t do something about this, are going to be beholden to supply from China,” said William Mustain, a professor of chemical engineering at the University of South Carolina.  Mustain has worked extensively with Ford on electric battery research.

Recent events underscore Mustain’s point. In February, Ford shut down several of its plants due to parts shortages. And during this past quarter, supply issues increased company costs by about $1 billion—-which impacted the delivery of about 40,000 vehicles.

“I think the chip crisis caused all kinds of headaches for inventory and automakers and dealers and consumers. It was really a lesson in the importance of what we call vertical integration. Vertical integration—a company makes its own parts as Tesla does,” said Michelle Krebs executive analyst at Cox Automotive.

To help address that question Ford invested $5.6 billion in Oval City, the largest production facility in company history. Once operational in 2025, the facility will produce batteries for the Ford F-150 Lightning.

But an October report from Deutsche Bank does not expect to see healthy EV profit margins anytime soon. Deutsche Bank projects Ford to take a $1.65 billion loss on its electric vehicle investments next year and models a $1500 price decline per vehicle.

Ford’s battery complications go beyond sourcing the materials necessary to build them. Charging infrastructure for electric vehicles remains limited, especially outside of large cities. The U.S. will need 2.3 million public electric charging stations by 2030 to meet demand, but today there are only 100,000 available. The longer it takes to make public charging stations ubiquitous the more electric car production goals will be hampered.

“Companies and governments can push for EV adoption as hard as they want, but unless there’s noticeable infrastructure improvement, it’s going to be a huge roadblock for a lot of buyers,” said Joseph Yoon, a consumer insights analyst at Edmunds.

To bolster its charging infrastructure Ford is relying on its network of 3000 dealerships. Any dealers who want to sell electric models have to be certified by the company and  will have to invest in charging stations—a cost that could be as high as $1.2 million. Dealer must to decide to participate by Dec 2, 2022.

Josh R is a Mach-E customer living in Reno, Nevada. Not only has he waited over a year for his car to arrive, he expects to pay $500-$700 out-of-pocket to install a Mach-E car charger. Josh also purchased solar panels to help defray the expense of increased electricity usage—another improvement he will pay for out of pocket.  Josh’s full name has been changed as he negotiates a dispute with his Ford dealer.

“All the rebates offered like four or five years ago—for solar, the car charger—all that is gone,” said Josh. “It’s not cheap. The only thing I’ll get is solar federal credits and car credits when I do my taxes.”

If CEO Jim Farley has been second guessing his decision to go all in on electric, he isn’t showing it in public. After Ford posted a loss during the third quarter, Farley dug into his vision.