Dr. CVS Is Coming, but the Company Will Face Crowded Competition To Build It 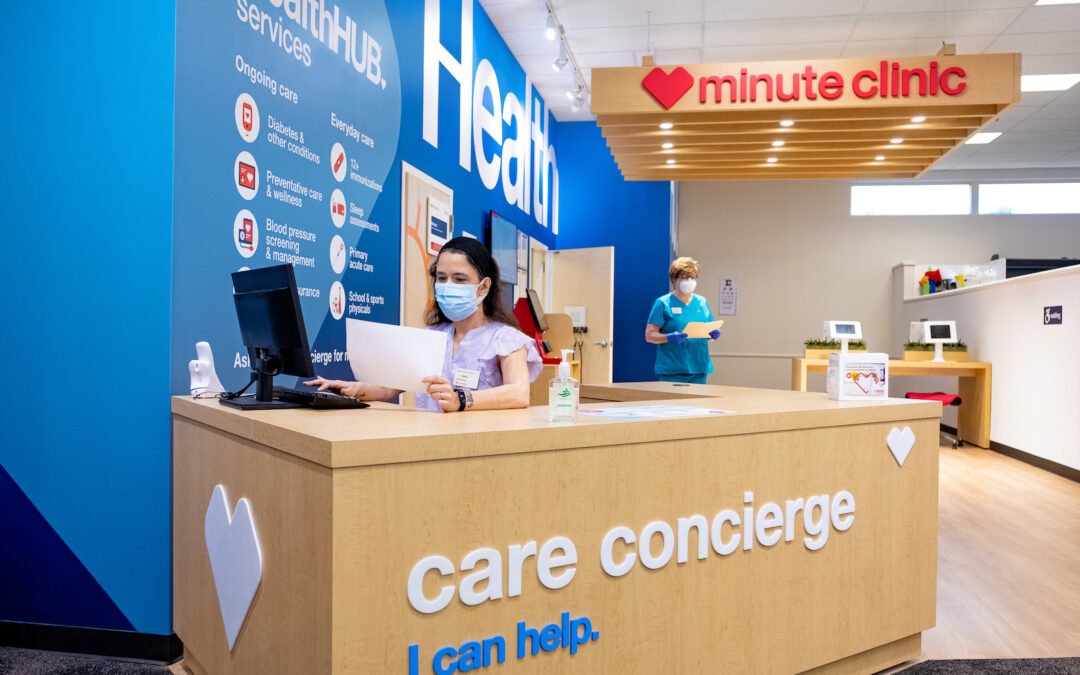 To JP Weiss, a pharmacy technician at a CVS store in California, business has been booming for the healthcare giant. Since the pandemic, the company has seen consistent demand for fast-filled prescriptions, retail healthcare products, and tests and shots at its MinuteClinic locations. But he said CVS is not equipping its stores and employees to handle the surge.

Chronic understaffing and technology issues have meant longer wait times at its in-store and drive-through services in recent months, Weiss said. “Pharmacy unfortunately has been stooped down to the fast food of healthcare, and this leaves customers with very little patience,” he added. “It’s very frustrating to us as we just want our services delivered effectively and safely.”

The pandemic has granted CVS steady demand and the company continues to smash expectations. The firm earned $81.2 billion in its most recent quarter, beating estimates by more than $4 billion. By year end, analysts expect the company will earn $315 billion in revenue and $11.3 billion in profits, or $8.63 earnings per share. That’s up from $6.00 in 2021.

The growth is fueling chief executive Karen Lynch’s ambitious vision of more acquisitions and a vertically-integrated health giant, kicked off in September with its acquisition of home health giant Signify Health for $8 billion.

The company is betting that it can be an omnipresent Dr. CVS with hands touching nearly every slice of the healthcare pie, including prescription drugs and at-home hospice, primary care doctors and insurance premiums. But to build it, the company will face a crowded field of competitors in its acquisition spree including hungry private-equity firms and big tech companies like Amazon.

Analysis from McKinsey found that steady demand for healthcare services but ever rising costs means consolidation is all but inevitable, with players “placing big, bold bets on vertical integration, digital enablement, and the development and scaling of healthcare ecosystems.” In 2021, healthcare M&As surged 54%, and that buying spree is continuing in 2022. More than $30 billion has changed hands in healthcare M&As year to date.

In its effort to build a vertically-integrated system, CVS will face lots of rivals attempting the same feat. Amazon snatched up One Medical in July for $3.9 billion, Humana purchased 60% of Kindred at Home for $5.7 billion in August, and Walgreens announced this month that its brand Village MD will purchase Summit Health for nearly $9 billion.

Last December, executives unveiled that CVS’s biggest acquisition targets are primary care providers. The company said it will deploy at least $20 billion to drive growth, including through M&A. In an earnings call in August, Lynch recommitted to primary care as the key focus, adding, “we cannot enter primary care without M&A.” To do so, CVS nearly doubled its cash on hand from the first quarter of 2021 to the $15 billion announced Nov. 2.

Giants like CVS are drawn to primary care because they say they can solve some of the inefficiencies that plague providers, like rising costs due to complexities in billing, electronic health records and reporting. But it also has to do with the relationships these companies have with patients.

“Primary care physicians are the lynchpin where other meaningful healthcare decisions are made,” said John Boylan, senior equity analyst for healthcare at Edward Jones. “The more access you have to patients, and the more data you can generate from that access, the better off you are.”

In its pursuit of primary care providers, CVS’s main challenger will be private equity. PE firms have been rapidly buying up physician and primary care practices in recent years betting that they’re undervalued and can benefit from economies of scale, according to Dr. Jane Zhu, a researcher at the Oregon Health and Science University School of Public Health. The firms typically purchase bundles of practices, make improvements financed with debt, and then sell after 5-8 years.

Competition with PE will likely lead CVS to pay more for its acquisitions than the company currently expects. Many primary care providers would rather sell to private equity than a health conglomerate like CVS, Zhu said, because private equity tends to offer higher compensation packages.

"Often, private equity can structure a deal where physician owners can still retain some equity," she said, whereas selling to a health giant like CVS usually means doctors are converted to salaries instead.

In a 2020 study, more than 1 in 4 primary care providers in Massachusetts were considering a sale to private equity firms. That means acquisitions are likely to cost CVS more of its cash on hand as PEs continue to dominate the space.

CVS will also be contending with big tech's ambition to dust the cobwebs off the healthcare industry and modernize it with better scheduling and data collection. After announcing its acquisition of One Medical, Amazon's senior vice president of health services Neil Lindsay lamented the modern experience of visiting a doctor.

"Waiting weeks or even months to be seen, taking time off work, driving to a clinic, finding a parking spot, waiting in the waiting room then the exam room for what is too often a rushed few minutes with a doctor," needs to be reinvented, he said. "We see lots of opportunity."

That Silicon Valley ethos to disrupt old ways is built into the DNA of Amazon and other tech companies entering the health space, like Microsoft, which acquired healthcare AI company Nuance for $19.7 billion in April last year. But the ethos is less present in CVS, a company seen as a mostly sleepy Rhode Island-based drugstore chain up until the early 2000s.

Until now, the company has been nimbly balancing what it calls a three-legged stool strategy: pharmacy benefits management represents nearly half of sales, while insurance premiums and sales from pharmacies and retail stores each make up about a quarter. In 2023, analysts expect that to pay off, forecasting just under $12 billion in profits, or $9.13 EPS.

The mixed strategy has also led to a mix stock performance. Down 4.5% for the year, it's ahead of pharmacy competitors like Walgreens but lags behind insurer competitors like UnitedHealth, up 8.5%, and Cigna, up 38%.

While its competitors race to reinvent the healthcare playbook, CVS will be tasked with making aggressive acquisitions without disrupting its balancing act.

"They have the three legs of the stool. We see them eventually becoming part of a healthcare service ecosystem," said Boylan. "But that takes time."