Rent The Runway aspired to be the ‘Amazon Prime of Rental.’ That dream never made any sense 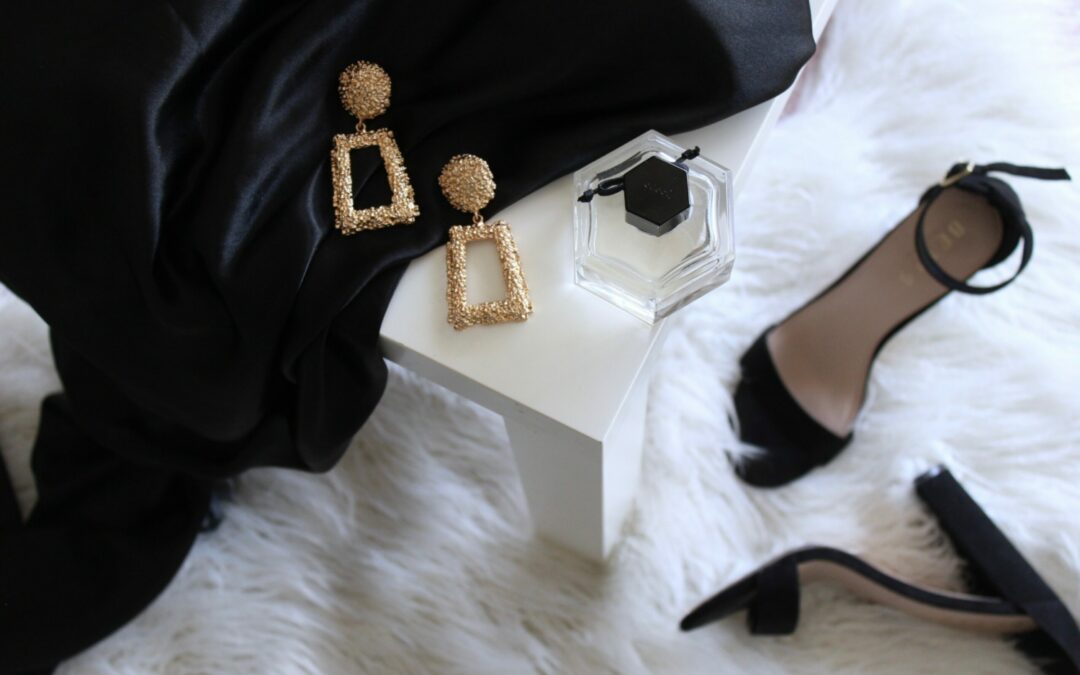 Fashion rental startup Rent the Runway touted an audacious goal for about a year: become the “Amazon Prime of Rental.”

In March 2019, co-founder and chief executive Jenn Hyman gave CNBC anchors an idea of what she meant. “Anything that you do not use every single day, we want to make it fiscally irresponsible for someone to not have a subscription to Rent the Runway,” she said. The quip was repeated by Hyman in several interviews through the next year.

The real-life version of that dream was always problematic, since Amazon’s reach extends well beyond clothing and its Amazon Prime service has 153 million subscribers.

Despite pioneering the apparel rental business model, Rent the Runway has failed to land its expected boom in subscribers because its advertising budget is tight and it focuses on just one segment of retail, both decidedly non-Amazon tactics. Its strategy has flopped with investors, leaving the company with little cash to recover from a pandemic-related downturn, especially as consumers are not yet ready to choose rental over Prime.

When the company introduced the world to easy-access luxury apparel rental in 2009, the idea captured consumers and investors, who saw the business model as a way to tap into a market of increasingly sustainability-conscious shoppers.

The hype lasted an entire decade. Around the time of “APOR,” (Amazon Prime of Rental) in March 2019, Rent the Runway had hit every startup’s dream milestone: a $125 million investment during a Series F funding round, at a $1 billion valuation, earning it the less-than-elusive “unicorn” label.

The company went public in October 2021, debuting at $21 per share. The stock is now trading below $2. Today, the company’s market capitalization — the actual value of the company — is less than a fifth of that at $158 million. Investor excitement did not translate to a growing customer base.

Rent the Runway’s stock performance since its IPO

Because Rent the Runway caters almost exclusively to luxury womenswear, its potential subscriber base is narrow. In its first earnings call in December 2021, Hyman defined the company’s entire possible market as the 56% of college-educated, working women in the U.S. who say they will “subscribe to fashion” in the near future.

“That equates to an opportunity set of 21 million women,” Hyman told analysts. “We only need to capture about 3.5% of this opportunity set to get to five times our current subscriber base.”

With 124,000 active subscribers, the company is tapping into 0.5% of that possible audience.

This is in part due to the company's hands-off marketing tactic. According to public filings, Rent The Runway depends on "organic growth, or word-of-mouth marketing," from places like enthusiastic customers' social media posts.

Since its founding, Rent the Runway spent less than 10% of its total revenue on marketing, according to securities filings. By contrast, Amazon allocates around 19%.

Getting the word out is not the company's only obstacle. Jenny Guo, a marketing professor at University of Binghamton who specializes in the sharing economy, says Rent The Runway could benefit from shifting its targeting tactics altogether. Rather than focus on women ages 18 to 45, Guo says it should market to women who fit a specific psychological profile.

Just before the pandemic struck, Rent the Runway boasted roughly 133,500 active subscribers. The pandemic reduced that number by more than half in 2020, as the world ceased to provide opportunities to wear one-time elegant outfits. Between canceled parties and work from home, many of Rent The Runway's core users had no use for the service.

But it survived in part because of women like Sydney Bouchard, a web developer in Cleveland who has been loyal to Rent the Runway for three years. At one point, she rented a gown just to wear in her backyard as a way to break up the monotony of lockdown.

"I was like well, I'm going to keep my membership so I can still dress up, but also because I want Rent the Runway to be there when [the pandemic's] done," said Bouchard. 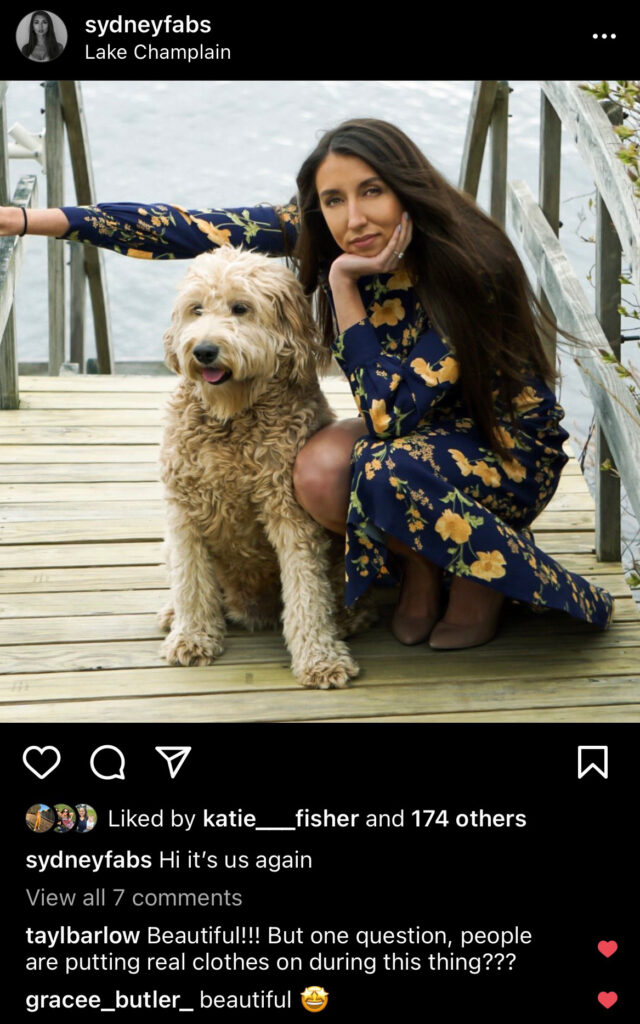 "People are putting real clothes on during this thing???" asked one of Bouchard's followers in April 2020. Bouchard continued to order clothes from Rent the Runway even during the worst of the pandemic shutdowns.

The company made it through the worst of the pandemic, regained about 90% of its subscribers and had substantial year-over-year revenue increases. Analysts anticipate continued revenue growth over the next two years. They predict that the company will bring in $288 million in 2022 and $344 million in 2023.

Still, the company remains unprofitable with an expected net loss of $146 million this year and analysts estimating red ink of $123 million in 2023.

Rent the Runway's attempts to cut costs have impacted customer experience. For instance, the company changed its subscription tiers in 2021 and removed the option to rent an unlimited number of items per month.

"When they got rid of unlimited, I felt a little betrayed. Because I was like, I stuck with you guys," said Bouchard.

Still, Bouchard says it would take a lot for her to defect from Rent the Runway. She likes the variety and not buying fast fashion, and rental has become a routine for her by now.

The World Isn't Ready for Rental

In 2019, consulting firm McKinsey predicted the "end of ownership," a world in which environmental concerns drive consumers to sharing over possessing. But embracing that idea, at least when it comes to clothes, is far from mainstream.

Jenny Guo and her colleague Cait Lamberton, a marketing professor at Wharton Business School, have been studying how people perceive renting items compared to owning them and found that there is a sense of inferiority among renters.

"There is still a primacy afforded to ownership in terms of status," said Lamberton. "For a few years, I think both academics and practitioners were wondering if that was going to completely dissolve."

In a world where access has superseded ownership in the digital realm — think Spotify and Netflix as opposed to CDs and Blu-rays — that idea has not yet translated to clothing.

"For clothing, cars, something like that, normally we use those products to signal who we are to the public," said Guo, "And it's not shareable."

Rent the Runway may not have achieved the ubiquity or range of its self-selected rival, but it has taken steps to get there. It partnered with West Elm to offer home furnishing rentals in addition to clothing, but the service has not taken off.

Like Amazon, Rent the Runway considers itself a logistics company, and has gone so far as to add former Amazon fulfillment and logistics pros Brian Donato and Mike Roth to its C-suite and board, respectively.

Ultimately, though, the aspiration to mimic the biggest retailer in the world "makes very little sense," said Neil Saunders, retail analyst at GlobalData. Rent The Runway "cannot possibly be the Amazon Prime of the rental world because its appeal is very, very niche. I understand what they mean, but I put it into the category of good marketing,"