Apparel & Tech: An Unlikely Marriage in the Stock Market 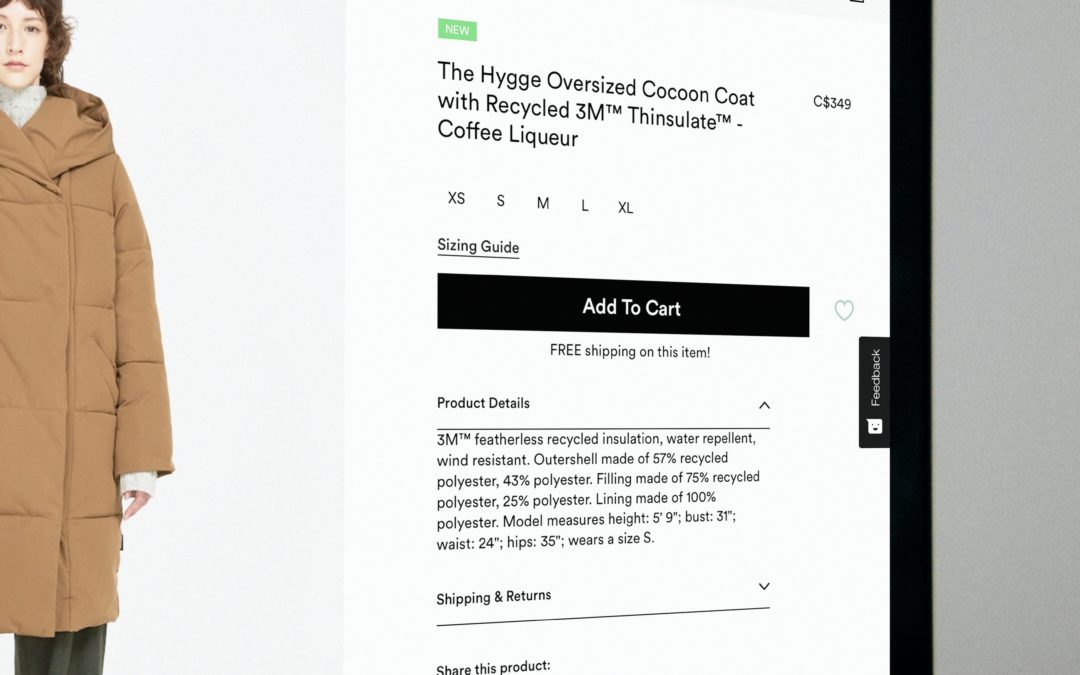 A cluster of stocks in the apparel sector – companies that capitalized on the uptick in online shopping during the COVID-19 pandemic – are riding the tech wave.

Since April, E-commerce apparel stocks have moved in tandem with the tech sector

A surge in e-commerce activity – which has risen from 5% of total retail sales in 2011 to 15% in 2020 – helped facilitate a sharp rebound for apparel stocks during the six-month peak. But with threatened consumer spending, supply chain disruptions and the decline of physical retail, a prolonged tech correction could dampen the apparel sector’s recovery.

“What happened throughout this crisis, the adoption of online shopping has accelerated significantly,” Brian Nagel, managing director and senior analyst at Oppenheimer Co. Inc., said. “Companies with strong omnichannel presences will be in a better position to take market share.”

A $600 surplus in weekly unemployment benefits – part of the CARES ACT stimulus bill Congress passed back in March – increased the spending power of the average shopper. And with stores closed nationwide, eager consumers could only resort to the internet to gratify their shopping impulses.

As a result, apparel stocks have “traded in sync with a lot of these tech stocks that are conducive with the at-home trends,” Susan K. Anderson, senior equity research analyst at B Riley FBR Inc., said.

Lululemon’s 88% share price increase during the pandemic lockdown, from $183 in April to $392 in September, was bolstered by the athletic wear company’s $500 million acquisition of Mirror, a company known for its interactive exercise equipment company, and a sweatpants craze as less people needed to dress up for work.

Gap Inc.’s stock rise during this period, from $5 to $17 a share, was also underwritten by the athleisure trend. In August, the company posted better than expected losses because of online sales growth, largely due to Old Navy. The Gap Inc. subsidiary saw a jump in demand for its activewear, as people were prioritizing at-home fitness in the absence of gyms.

The Real Real, an online consignment shop, reported a 19% increase in growth merchandise value, a reaction to the strengthening second-hand luxury goods market during lockdown. Subsequently, its share price rose from $6 to $16 over six months.

But tech-inspired stock gains for the apparel sector also comes with downsides.

At the start of September, as concerns that high-performing tech stocks were overvalued grew, amid news that Japanese-based SoftBank Group purchased a bulk of options for large tech firms, many investors began selling shares of big market-caps like Apple, Amazon and Netflix.

As the tech sell-off accelerated on the week ending September 11, with reported losses scaling higher than March, Lululemon’s stock dropped by more than 2%, despite posting a 155% increase in e-commerce sales in its recent earnings report. And The Real Real had fallen by 2.4%. Investors’ suspicion of tech stocks is spilling over to the apparel sector, with some questioning Lululemon’s outsized market value, especially its P/E ratio, Anderson said.

Beyond the connection to tech, there is a litany of economic conditions that affect how apparel stocks are moving in the market.

Without another stimulus package, consumer spending could drop once again in the fall. A decline in consumerism will compromise earnings for apparel brands and dampen investor confidence in their stocks as a result. And volatility for the apparel sector will exacerbate the “retail apocalypse,” as major retailers continue to file for bankruptcy and permanently close stores nationwide. The Census Bureau recently reported a 4% decline in retail store sales, while e-commerce activity spiked.

This shift is shaping investor and trader interest in the sector.

Joshua Cayetano, a 24-year-old options trader from Austin, Texas, is keen to the new dynamic between tech and apparel. The 24-year-old usually trades highly liquid stocks, which he says has confined him to tech, but he sees potential in the retail sector.

“In the real world there has been a major shift to online retail, so any company that has adapted to the new world has been rewarded,” Cayetano said. “Companies like Kohls, JCPenny, and Macy’s will slowly become less relevant and be replaced by companies like Shopify, Overstock, Wayfair, etc.”

While physical retail looks for burial plots, e-commerce is being primed for a perennial uptrend.

“Investors are trying to figure out, where do we go from here. You’ve got these names like Lululemon that have performed well throughout the crisis,” Nagel said. “The market is broadly saying, who are the winners through and beyond the COVID crisis. Coming out of this, the companies that had a digital presence before COVID will be the real winners.”

Lululemon, Gap Inc. and The Real Real could continue to enjoy major gains heading into the holiday season – normally a boon for consumer spending. But if there is a tech bubble and a sell-off continues – as investor concerns about overvalued big market cap tech stocks sustains – shares in e-commerce apparel could fry in the debris when the bubble bursts.